The most important thing for medical aspirants who are planning to pursue their degree in abroad is how to tackle with the most important part, which is the language. Pursuing MBBS in Russia may come up with loads of challenges and efforts which are required during the entire duration of the course, language is one of them.

When it comes to pursuing the most important degree, which involves a lot of conversation and dealing with patients and their families, it is extremely important to be aware about the country’s language because of this noble profession which deals with lives and death of a person.

In the world, Russia is a highly popular destination, a potential superpower and by area it is the largest country in the world which extends across eleven time zones and has the most borders of any country in the world, including sixteen sovereign nations. The locals are the largest Slavic ad they speak Russian and the most spoken Slavic language. Experts suggest that the best way to explore a country or to get in-depth information about a different culture can be done through its official or local way of communication, history, arts and literature.

The name Russia is derived from Rus, a medieval state populated primarily based upon the Old East Slavic, Cyrillic script, Russian is the sixth most natively spoken language in the world, because it is not only spoken in Russia but it is also the official language of the countries which were earlier part of the soviet nation which were Belarus, Kyrgyzstan, Kazakhstan and Tajikistan.

For space, along with English, this century old language is still used as a medium of communication; hence it is mandatory for astronauts to learn Russian as a part of their training and the computer system of the International Space Station which uses both English and Russian.

A CAREER – IN PRO LANGUAGE RUSSIAN

The urge for the demand of Russian language has speed up at an unparalleled flow in India. There is no uncertainty that the Russian language has huge scope as a career-pro language which is awe-inspiring and impressive. In today’s time, when there are shortages of jobs, the number of people pursuing and planning to learn another language apart from English is increasing every year because people believe it will create more job opportunities for them, in the corporate world, if their command is strong in more than 2 foreign languages.

Statistically, worldwide there are over 300 million people that speak the Russian language; hence it is a unique and widely spoken language. The number of Russian speaking people even in the United States is increasing every year. Hence, it has become the most widespread language, geographically, of Eurasia and also the largest native language in Europe.

It would not be incorrect, if we say that in order to get in-depth or better experience of practical knowledge; it is consistently suggested for medical aspirants to possess a communicative knowledge if not an expert or an informative knowledge of the language. It is not only about learning a different language of a different country but even in India in order to interact with the locals you will have to speak to them in their native language and with a profession of a doctor which demands more communicative skills because you are dealing with sensitive issues it is important to be fluent with the native language.

Here, in India after every 100kms, the language changes or the tone is different but at least in Russia, the language remains the same in the entire country even though there are different time zones and it is a huge country, so here you can consider this as an advantage because you are getting an opportunity to at least fulfill your dreams of becoming a doctor that too without any financial stress and other such issues.

Moving ahead, because the duration of the MBBS course is in Russia, which requires you to attend clinical rotations where interacting with the local is very important and the locals may not be fluent in English or any other language with which you are fluent in. So in order to have in depth communication with the locals or to have clear insight of your patients illness, you need to know the language of whichever country you choose to pursue your MBBS from.

This is the reason, why you would have to attend Russian language classes for improving your communication skills and the language classes is conducted by the university itself and it is a part of your medical curriculum.

Now we will look at the advantages of learning Russian language during your MBBS in Russia.

During the MBBS course in Russia, having the basic knowledge of the Russian language, might help you to explore in depth about different perspective in your medical career apart from helping you to communicate effectively with the locals.

Learning Russian can surely add an edge to your curriculum vitae as it is the largest native language in Europe as Russian is spoken by over 300 million people around the world. In addition to it, India is already having a good economic and social relationship with Russia, Russia has innumerable job opportunities for Indians in science & technology, engineering, aviation, oil & gas, and defense sectors.

Mentioned below are some of the important reasons on why the number of Indians learning Russian language has been growing significantly and the opportunities attached to it.

One of the most important reason for the number of people taking keen interest in learning Russian language is because, Russia is a nation of high-class research center and scientific intelligence. Also, currently the ratio of Indian medical aspirants planning to pursue MBBS in Russia is increasing, every year due to various reasons. Also the Russian educational sector is highly developed as they are among the best in scientific subjects like Chemistry, Biology, Physics and many more.

Thanks to the high level of education combined with affordable fees, today, many Indians choose to pursue medical studies in Russia. To study in Russia, a large number of universities offer Government-sponsored scholarships to international students.

From all around the world, every year more than 12 million immigrants migrate to Russia as compared to other European countries; as the state of Russia is the most desirable country. While traveling abroad a lot of people prefer Russia because of its huge growing economy, lavish lifestyle, welcoming policies, world-class education, vibrant & classic literature, and highly ethical & moral values.

If you feel you have keen interest in the Russian language, the present global market has a high demand for Russian language experts. Especially if, you are skilled in medical studies, the emerging field of medical tourism can provide you with unlimited opportunities.

Globally, Russia is home to one of the most qualified and famous high-tech designs especially in heavy-duty machinery, security, and information technology. Therefore, no matter what your field of interest is, Russia provides you with unlimited career opportunities in your field you are interested in making your career.

Hence, there are many reasons, apart from pursuing MBBS in Russia wherein learning Russian language can proved to be beneficial for the medical aspirants. 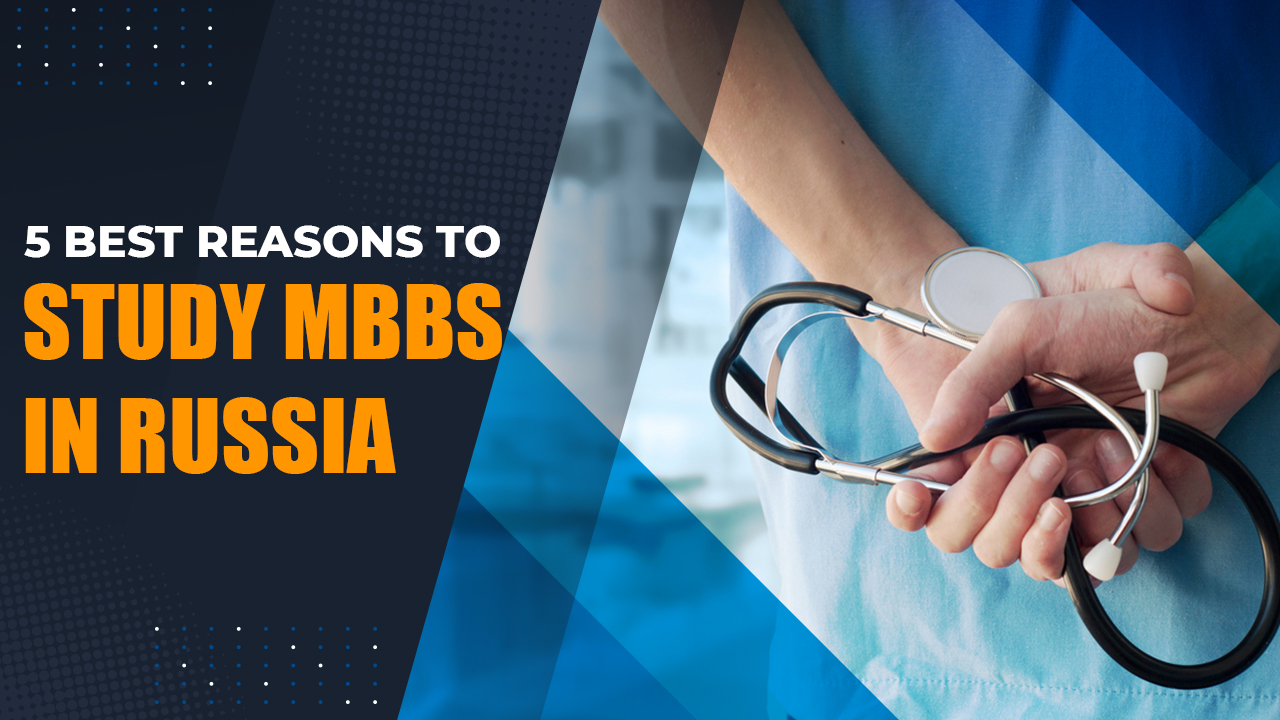