With Time, Technology and Needs have changed. With each passing decade, there is always a new set of ultimatum with regards to qualities and skills which enter the race with the demand of society.

Medical aspirants who possess these qualities and such expertise are not only expected to have an advantage for employment but also for a well-established and a successful life in this zestful world of 21st century.

Much to everyone’s awareness, this is a well-known fact that, out of various education fields becoming a doctor is in great demand all around the world. This profession is not only famous for wealthy living but it also earns you great respect in the society.

In Today’s time especially, the higher education system has taken full control by preparing youth to not only deal with difficulties they are facing currently but also the obstacles which they come across in the near future.

For the most important career of medical aspirants, medical education in abroad especially Russia focuses on all advance attributes of the education system which emphasizes on promoting the development of the 21st century among the medical aspirants.

Definition of the 21st Century Skills

The definition of the 21st century skills can be stated as a vast set of expertise, in-depth information, working abilities, individual traits that are requires to achieve perfection to attain success in the demanding society specifically for university programs, careers, workplaces, etc.

Now we will focus on the most important aspect with regards to Pursuing MBBS IN RUSSIA.

How will the medical aspirants benefit by studying MBBS in the top medical government universities in Russia which will help them develop the skill which is the need of the 21st century.

Right from the Soviet era, Russia is extremely well known for its medical education around the globe and has become one of the most important study destinations since then because of various important and beneficial reasons.

One of the most important factors is that their education system pays more attention on developing special abilities of the medical aspirants which are often neglected by them as well as boosting their career by preparing them for the obstacles they might face in the future.

In order to instill the skills like innovative thinking, interpretative thinking, cognitive thinking, logical thinking, scientific thinking, problem solving, etc., they set the pattern of MBBS in Russia in such a way that they directly or indirectly facilitate among the students.

Moving ahead, let us focus on how the top medical universities in Russia help the medical aspirants in acquiring these skills and attaining perfection for achieving their goals in the future:

Communication skills help to grasp knowledge and acquire other information more precisely and quickly. It becomes difficult to expertise in this skill for the medical aspirants as this profession requires dealing with people on regular intervals to deal with their issues and sometimes interpret from within.

In contradiction to the most famous theory, in Russia, during MBBS study communication skill play a very important part as the medical aspirants, during their entire course get to interact with people and motivate them to talk about the difficulties faced by them and in turn medical aspirants can discuss their queries among their peers and professors.

All these activities play an essential role among the medical aspirants for the development of communication skills within them.

Considering the most important skill of 21st century, it plays very important role for initiating change, development and improvement in the already existing system and motivating reflection of self and the society.

The entire syllabus of MBBS in Russia strives to develop critical thinking among the medical aspirants and motivates them to raise awareness of the observations, thus increasing in developing their motivation factor to develop their research and interpretation skills also.

Medical aspirants are motivated from time to time to think out of the box like situation during their course study of MBBS in Russia without neglecting the code of conduct and regulations which enables them to explore, discover and develop positive approach.

Most of the time Creativity is often linked with talent or intuitive qualities, but however this skill is one of the most overlooked skill of the 21st century. In another word it can be stated as bringing out the best of what is already present without overlooking the quality of the result.

While pursuing MBBS in Russia, most of the top medical universities of Russia provide adequate opportunity to the medical aspirants in terms of events, cultural activities and other such factors requiring Imagination and innovation.

One of the most important skills which actually enables in enhancing strong personality in the 21st century is Decision Making. As a 21st century skill, decision making gains momentum as it enables an individual to not only take a decision but also take the full responsibility of the decision which is made.

Many have come across a common observation among the medical aspirants who have studied the course in abroad is their noticeable confidence and charm which is developed through decision making skills.

Medical aspirants are provided with sufficient opportunities and parallel situations directly or indirectly during their course of MBBS in Russia which enables their decision making skills which is the most important skill in the profession of medicine.

With increase in the global interaction at a very large scale, collaboration and cooperation emerged as the most important skill in various industries at different stages.

The structure and pattern of MBBS in Russia plays a very important role for developing collaborative and cooperative skills among the medical aspirants which can be beneficial in the future.

Medical aspirants are usually encouraged to participate in various cultural activities, academic and other exchange programs as well as numerous research practices which give medical aspirants a chance to associate and interact with the global fraternity.

Even during the lectures, different theories such as that of group and peer discussion, assignments, projects, reports and other such activities includes the participation of the students thus encouraging in the development of collaborative and cooperative skills in them.

The main highlights of the 21st century are the increase in the concept of globalization. The need of the hour is to keep updating oneself with the change of time due to the advancement of technology. We cannot unnecessary neglect certain terms and condition which has emerged during this century. We must acquire all information which is necessary to deal with worldly obstacles and the necessary requirement which is needed in the dealing process. Hence, it is proved that global awareness is not only a skill but it is a necessity.

The advantages of pursuing MBBS in Russia is that the top medical universities of Russia provide huge exposure to the medical aspirants during their entire journey of medical education and that also includes in training them how to deal with the upcoming trends and researches emerging in the world and how to acquire these skills which they have learned during their course while dealing with future obstacles.

The most important aspect of pursuing your MBBS in Russia is that you get a chance to interact and come across different individuals which help you to learn and get an idea about different cultural system worldwide. The learning process keeps on updating and your boundaries are not limited or restricted to particular information. This capability of acquiring more information and analyzing concepts out of your reach apart from your culture is known as MULTICULTURAL LITERACY.

In other words, it is the capability to accept other people’s perspective without any disrespect in order to come up with more innovative ideas to deal with any situation.

Russia welcomes medical aspirants from across the world to pursue their degree as it is quite affordable and provides best facilities and proper education with huge exposure; hence we can easily come across various medical aspirants coming from different countries with different cultural practices. So this is how one can benefit by pursuing medicine in Russia where you can interact with different students and enhance your skills of thinking out of the box and dealing with critical situation with much updated information.

All the above discussed skills are most important skills of 21st century which helps in enhancement of the medical aspirants while pursuing their degree of MBBS in Russia because Russia is the best opportunity for all medical aspirants not just because of affordable fees but also due to its prestige and quality education provided by the top medical government universities. 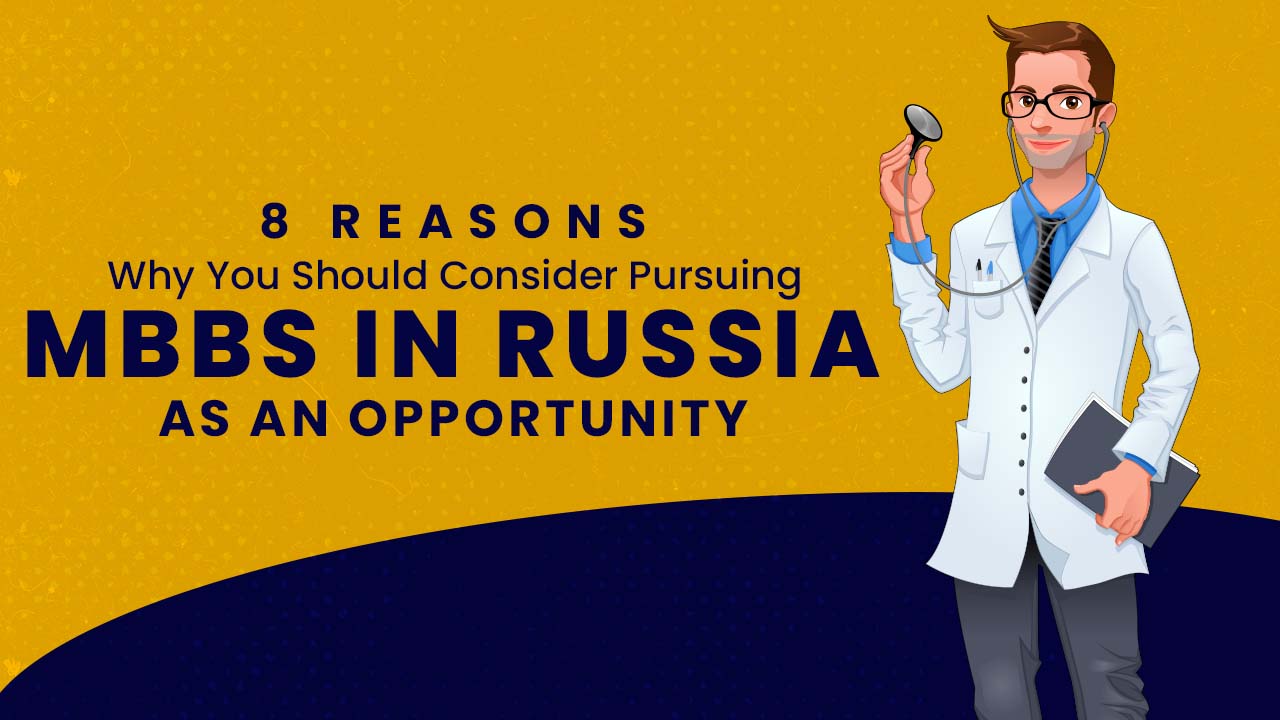