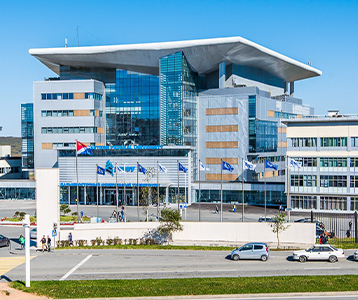 The MBBS degree offered by the Far Eastern Federal University is recognized by NMC (National Medical Commission) formerly, MCI (Medical Council of India) and enlisted with WDOMS (World Directory of Medical Schools), which means a medical graduate from Far Eastern Federal University will be able to practice their medical career in any country of the world only after qualifying the FMGE of that country. The complete MBBS course is taught in the English language so that there is no language barrier for all the enrolled international students who choose to study MBBS in Russia.

Policlinics for adults and children, as well as a 200-bed hospital, are among the Clinic's other sections. Surgical, pediatric, therapeutic, daycare and intensive care will all be components of this facility. Each portion has pleasant single and double rooms. The clinic will include a rehabilitation center as well as a 100-room hotel. The Center's Surgery Section has seven modern operating rooms. In one of them, a one-of-a-kind surgery robot has already been installed. DAVINCI, the robot, maybe controlled remotely by a surgeon. Cardiac surgery, X-ray-controlled vascular, cardio, and neuron manipulations, trauma surgery, b neurosurgery treatments, and emergency shock treatment are all available in the specialist operating rooms.

The Center for Functional Diagnostics and Endoscopy, Center for Laboratory Diagnostics, and Radiology Center provide the patients with diagnostic services such as Positron-Emission Tomography (PET), Computer-Aided Tomography (CAT-scanner), and 3t MRI scanner. About 200 highly qualified doctors will work at this clinic. Some of them have been invited from other parts of Russia as well as from outside. The Center is equipped with the top facilities and equipment in the world, including Siemens, Philips, and others. The Far Eastern Federal University Medical Center is supervised by a foreign business during its first years of operation in order to enhance diagnostics, treatment, and rehabilitation to the level of the greatest clinics in the world.

The library at Far Eastern Federal University has been around since 1899. Gifts from other Russian universities, private book collections, scholarly publications by Institute of Oriental Studies teachers, and rare editions brought on overseas expeditions or ordered from Berlin, Shanghai, Tokyo, and other locations helped it grow its distinctive holdings at first.

Far Eastern Federal University now has approximately 2 million volumes dating from the 16th to the 21st century in Russian, German, English, French, Korean, Japanese, Arabic, Czech, Spanish, and many other languages. Thousands of international journals have full-text online access thanks to 71 national and international e-databases. Far Eastern Federal University was one of the first in Russia to deploy the Virtua automated library system (VTLS Corporation).