An overview about the University

South Ural State University is the most prestigious institution which comes under the combination of Asia and Europe and being a participant of Russian Academic Excellence project and a National Research University, it is well-known for its dedication in keeping up with the pace of excellence in terms of providing quality education to all the aspiring students be it local or international that too at an extremely affordable fee.

SUSU has its own powerful history which revolves around sequential stages of vigorous development. Prior to its establishment, SUSU had only two faculties but today it has emerged as a scientific and educational centre, a national research university, not only of its region but of the entire country.

During this 21st century, SUSU has become a medium of developing established doctors who are already great medical aspirants by making them realize about their capability and getting out their best in-built skills, boosts their confidence and increase the level of ambition in them.

Being located in the heart of Southern Ural, this National Research University is also famous for its rich history and mixed traditions, and for its scientific achievements, preparation level for higher education, academic and fundamental basis, technical and material facility with regards to educational process and research activities.

The course of MBBS in SUSU, is one of the excellent courses in Russia and it can be clearly observed by the University’s world ranking as it comes under the top 1000 best universities of the world.

All the universities in Russia, do not offer various options with regards to higher studies and SUSU is an exception which offers 150 master’s programs, 240 bachelor’s programs, 26 areas for postgraduate education and 24 specialist programs. Aspirants get various opportunities to decide between different courses from humanitarian fields to rocket engineering everything under one roof that too with high quality of education and well-trained professors.

Acknowledge for being one of the leading universities in Russia, SUSU provides innumerable chances for the growth of fundamental and applied research in its various scientific centres and laboratories which include as many as 12 international laboratories managed by leading foreign researchers.

SUSU has approximately 200 agreements of cooperation with largest manufacturing enterprises, foreign universities and transnational corporations from as many as 35 countries.

This provides every aspirant at South Ural State University, a chance to contribute to the globally recognized community in highly prioritised research areas such as engineering, natural sciences, supercomputing and life sciences.

SUSU’s students comprise of various international students from almost 56 foreign countries. The exhilarating research environment is backed by almost 2000 professors and lecturers and many of them are nationally and internationally recognized.

The National Research University that SUSU is, it provides an opportunity to its students to choose from 190 academic programs in its 9 institutes and 3 higher schools

Moving ahead, here in this university, students also get a chance to present their cultural talents and grasp new talents from their counterparts that come from different countries.

Moreover, the skills and strategies that aspirants learn in SUSU can prove to be beneficial to the aspirants in their future and also with regards to their career prospects.

There are 5 museums in the university that are SUSU Museum, the Russian Museum Branch, Arts Hall, Museum of Nationalities and Technology of the South Urals and Geological Museum which showcases the rich history and cultural knowledge about the south Ural region and the country Russia as a powerful nation since the Soviet times.

The University also publishes a monthly newspaper in order to keep the students updated with the University progress and the invention of the latest medical research.

The SUSU Art centre and the extracurricular Activity Department look after the aspirant’s creative and cultural life.

Aspirants who are planning to pursue MBBS in Russia, choose South Ural State University for their medical studies due to the university’s world ranking and ranking for the country which is at 21 and as per EECA University rankings it is at no 116.

The world ranking of SUSU puts the university in the top 1000 universities of the world and it is because of these rankings that makes aspirants choose South Ural State University as their preferred institution.

Faculty of General Medicine is the university’s foundational and oldest faculty and in order to provide excellent and personalized learning experience, the University ensures to take various effective steps so that the aspirants have a strong rapport with the professors. Thus, by maintaining a proper student-teacher ratio and by bringing changes in the department of medical sector, SUSU has managed to come under the list of top 30 Russian universities. Moreover, it is the number one university in the South Ural region of Russia and it is among the top 10 medical universities in Russia.

Currently, in South Ural State University, there are 9 faculties which includes strong team of 600 professors and 78 departments and researchers and students can choose from Graduate, Undergraduate and Postgraduate and Residency programmes in Preventive Medicine, Dentistry, General Medicine, Pharmacy, Clinical Psychology, Clinical Medicine, Social Work and Nursing.

SUSU has one of the biggest libraries in the Ural region and in the campus aspirants can have an access to all the information provided in the library and can utilise all the resources of the University such as websites of their faculties and departments, file servers, research library website and SUSU electronic resources catalogue as well as major foreign databases.

Established in the year 1943, the Science Library of South Ural State University collection includes both Russian and international contemporary scientific, educational and reference editions and rare collection of books from 19th – 20th century. The collection consists of almost 2 million items and printed editions are accompanied by electronic documents such as newspapers, audio materials, video, journals and books.

The campus of South Ural State University, Russia consists of the largest residential complex and cultural and sports centre and is also ranked as one of the best university campuses in the country.

Being located in the centre of the city, the university campus comprises of 8 residence halls and other important facilities for comfortable living is also made available such as a salon, cafeteria, grocery shops, computer lab restaurants and shops for other essential items. Thus, SUSU has taken various majors in order to give a healthy lifestyle to its students and make their stay fun and fulfilling and this is the reason why it is known as the ‘University of Healthy Lifestyle’. There is a very famous park near the university which is known as Gagarin Park and is quite vast and known for its greenery. The university’s academic buildings, sports centre, swimming pool and policlinic for students are all located near the famous park.

In order to provide students comfortable and safe accommodation, SUSU has its own 5 residential buildings, managed by the University itself with 24 hours camera monitoring and great security in every building and campus.

The cost of living is also made extremely affordable without any stress to its students and staying in the city of Chelyabinsk, students experience soviet feel and true Russian hospitality in such a historical city as there are many parks, museums, historical places and classical theatres that provide an insight to the Soviet history of Russia. In order to move around in the city, students can use a bus, trolleybus, taxi and can even ride a bicycle.

During summer vacations in order to maintain the well being of the students and help them make the best advantage of the holidays, SUSU has a rehabilitation summer camp which helps students in relieving their stress by engaging in recreational activities so that they can relax, and regain their mental energy for the next year can go back to study with a fresh mindset. The University has a well-equipped auditorium with a seating capacity of at least 600 in order to organise cultural events and activities.

Students can also join the University’s gym which is located in the campus in order to maintain a healthy and fit lifestyle and the university’s creative centre organizes activities which focuses on art and creativity wherein students can express themselves and pursue their passions apart from medicine.

In order to provide better and timely medical care to the students, SUSU has its own clinic in the campus where students can acquire essential healthcare services. Students can also maintain an active lifestyle by joining the sports club and participating in various sports of their choice, in the sports camp.

All those students who are interested in the scientific publications and medical newspapers that are published by the university can also contribute to the same. Every year, the University publishes 20 issues of one of the well-established newspapers of the University which is known as ‘For Public Health’.

Throughout the year, in order to involve students in community and welfare activities and for the social upliftment various programs like Blood Donation Camps, medical outreach, etc. are held where students get a chance to develop social as well as healthcare skills by interacting with local people.

Apart from all this, for the Indian aspirants there are Indian dining facility available. SUSU organizes more than 200 events every year, more than 24 sports clubs, 23 performance groups and also a wide range of student organizations.

In order to secure admission for the year 2022-2023, it is important to keep in mind the following dates:

Commencement of Application – May 2022

Important factors that need to be considered when you are planning to pursue MBBS in South Ural State University:

NEET Requirement – Not required by the university but in case if a student wishes to practise in India, then it is mandatory.

In order to pursue MBBS from South Ural State University, foreign students must have to go through the following steps as mentioned by the Russian Universities:

Step 1: Visit New Era Education and gather all information about the university

Step 2: Fill the application form available at the official site of the SUSU, thus completing the registration process.

Step 3: Scan and submit all the educational and essential documents to the given mail id of the university.

Step 4: The students will receive their Admission letter only after the university has received your documents.

Step 5: Students are expected to pay the tuition fees as soon as they receive their Admission letter

Step 6: After the visa procedure has been completed and fees payment is done, the student is ready to fly. 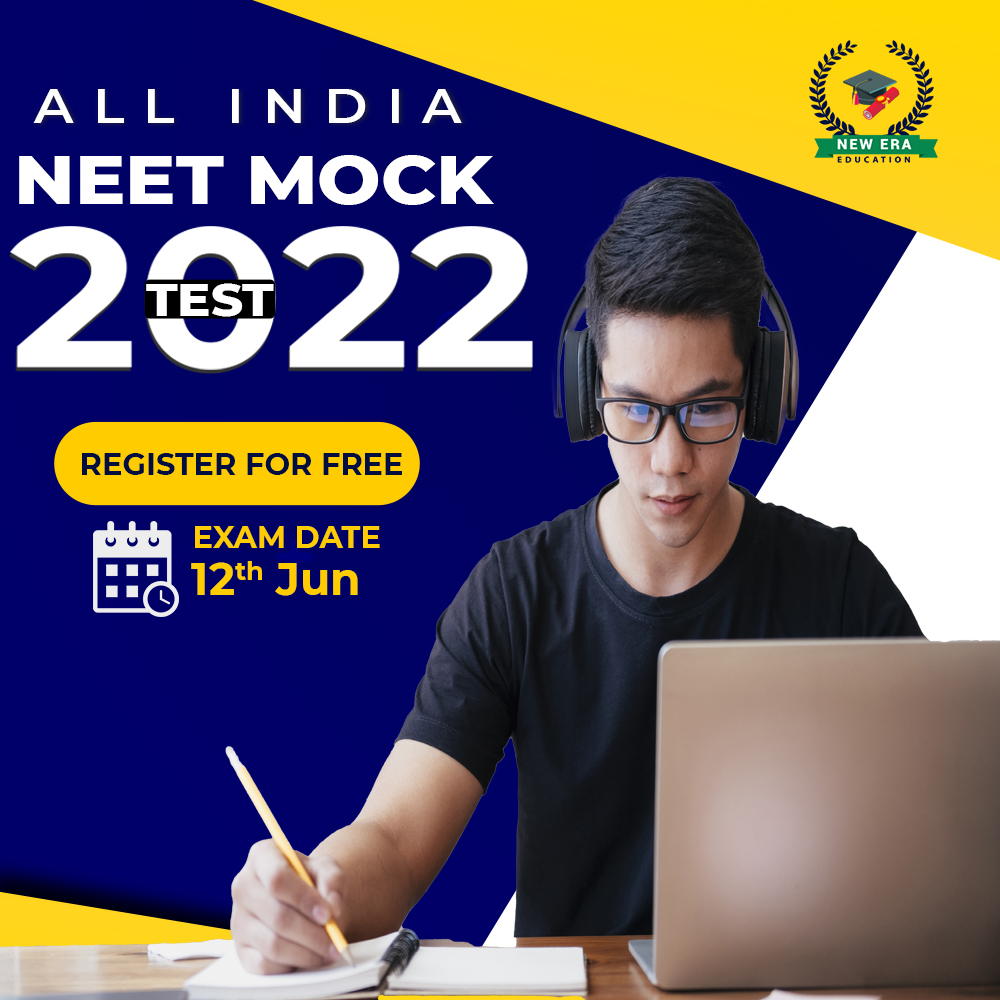